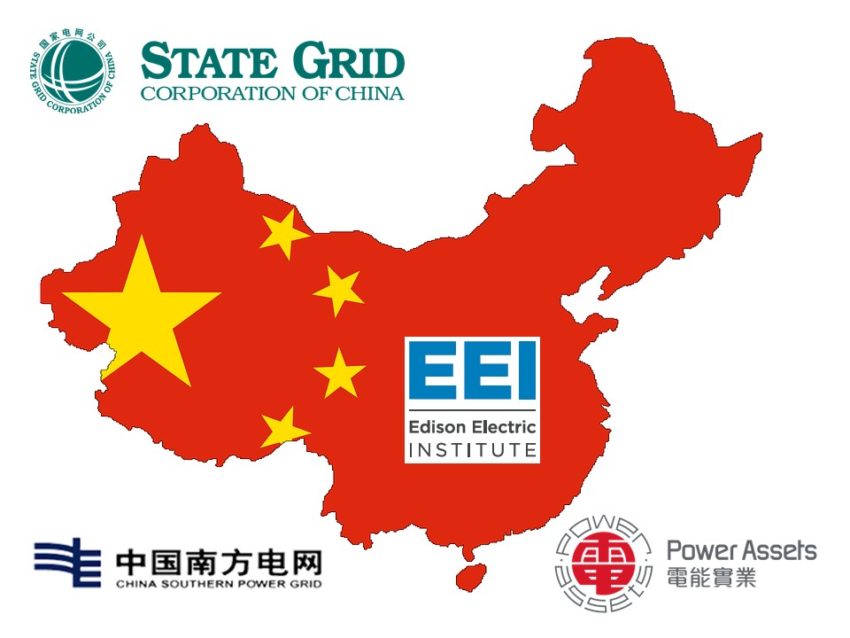 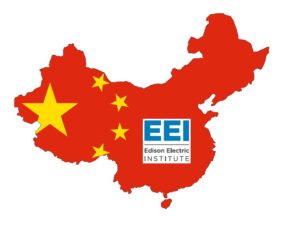 In other words, the government of China—the very government that has been hacking the North American electric grid for years—is a member of Edison Electric Institute.

These three Chinese companies have an obligation under the 2017 Chinese National Intelligence Law to “support, assist and cooperate with the state intelligence work.” Moreover, under China’s 2014 Counter-Espionage Law a company may not refuse the Chinese government when asked for information. In fact, according Dr. Murray Scot Tanner’s Lawfare Institute analysis:

So, at least three members of the Edison Electric Institute have an obligation to provide information and assistance to the government of the People’s Republic of China.

Why is America allowing this to happen?

According to the Center for Responsive Politics, in 2018 Edison Electric Institute made $455,000 in political donations to members of the U.S. House of Representatives and U.S. Senate (see the breakdown of who got what HERE).

In fact, Edison Electric Institute—a lobbying group whose dues-paying members include government-owned Chinese companies—contributed $795,000 into our political process in 2018 in political contributions alone. In addition to the contributions, EEI had total lobbying expenditures of $8,109,166 in 2018. While it may be flattering to think that the People’s Republic of China cares so deeply about the American political process, there is a big problem: Edison Electric Institute has taken lobbying positions opposing stronger security for the North American Electric Grid. Would we allow the government of China to fund attempts to thwart stronger security for North American Electric Grid?

EEI has fought efforts to increase the grid’s cybersecurity protections. When looking at an EEI position, what we have found useful in our analysis  is asking the question “what would China do?”

For example, in FERC Docket RM17-13-000 The Edison Electric Institute in their filing:

Another example is FERC Docket RM18-2-000 in which Edison Electric Institute in their filing:

It is well known that malware presents a threat to the elecrtic grid as well as other critical infrastructures. As Admiral Mike Rogers (then commander of the U.S. Cyber Command and director of the National Security Agency) testified in 2014:

“There has been a lot of talk over the years about hypothetical dangers of a cyber Pearl Harbor, and it’s certainly become a bit of a cliché in cybersecurity circles. I would argue, however, that the threat of a catastrophic and damaging cyberattack in the United States critical infrastructure like our power or financial networks is actually becoming less hypothetical every day.”

But you read that correctly. The Edison Electric Institute opposes stronger grid security standards, including standards for malware detection, mitigation and removal standards for the electric grid. What would China do? 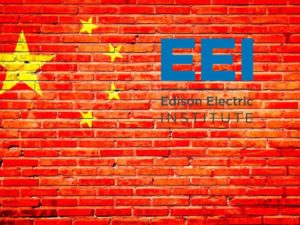 The Edison Electric Institute long cautioned us—as well as Congress and regulators—that we should not act on the existential threat of electromagnetic pulse (EMP), but should instead wait for the fabled Electric Power Research Institute (EPRI) Report. In fact, this dangerous attitude is exemplified by the testimony of Scott Aaronson, Vice President for Security and Preparedness at the Edison Electric Institute. Regarding the threat of EMP he actually said the following in open hearing:

“But sound policy must be based on sound science. And it is for that reason that we appreciate the work of Electric Power Research Institute and North American Electric Reliability Corporation which informs industry as we pursue the right investments and operating posture to appropriately protect the energy grid.”

Mr. Aaronson, did you actually just use the phrase “sound science” in the same sentence as “Electric Power Research Institute”? Well, we guess EPRI would be cutting edge state policy “science” in the People’s Republic of China. More importantly, EEI here is trying to lobby for a position of further study of the EMP problem, rather than taking action—action being the position which Senator Ron Johnson clearly favors. Thus, an example of EEI lobbying Congress on a national security issue.

In April, the EPRI report finally came out and, as expected, severely downplays the threat of EMP. Read our analysis HERE.

Moreover, EEI and EPRI have together engaged in a Soviet style disinformation campaign in an attempt to downplay threats to the electric grid, specifically EMP.

What would China (or the former Soviet Union) do?

Now turning to the great Critical Infrastructure Protection (CIP) standard coverup that the Secure The Grid Coalition has been investigating for over a year. Oddly enough, EEI has entered the fight arguing that the names of companies that violate Critical Infrastructure Protection (CIP) standards should be withheld from the public in every case, forever!

Is most everything that the Edison Electric Institute has done to thwart efforts to protect the grid consistent with the question: “What would China do?” It sure appears that way.

If you are a Senator or Representative who has ever taken money from the Edison Electric Institute—whose membership includes (since at least 2016) the government of the People’s Republic of China—you should give the money back immediately. Not sure if you did? Here’s the list from 2018 (Information from The Center for Responsive Politics):