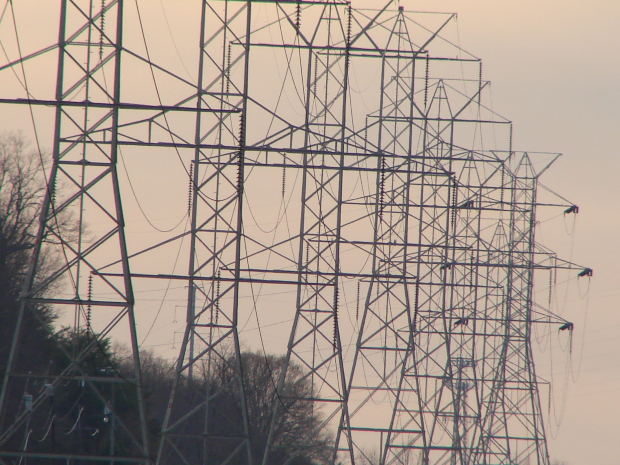 Bipartisan agreement about threats to the electric grid

There has been little bipartisan agreement in Congress about anything in the last decade. Healthcare, taxes, the budget – you name it, they disagree on it. There is one glaring exception: The threats to the electric grid from a variety of man-made and natural threats. They all seem to agree on that, but for some reason have come up with little legislation to actually protect it.

To be fair, Congress did finally pass the language of the Critical Infrastructure Protection Act (CIPA) in section 1913 of the National Defense Authorization Act for Fiscal Year 2017 (NDAA). But this legislation, while important, does not actually harden the electric grid. It orders more studies (and we already have two decades of studies), and perhaps most importantly, it requires the Department of Homeland Security to “include in national planning frameworks the threat of an EMP or GMD event.” While this is a critical step, it could take years for this to filter down have an impact on preparedness of communities for a catastrophic event.

Also, hopefully, if the NDAA for 2018 (H.R. 2810: National Defense Authorization Act for Fiscal Year 2018) is signed by the President, section 1691 would reestablish the “Commission to Assess the Threat to the United States From Electromagnetic Pulse Attacks and Similar Events.” The previous EMP commission was allowed to expire this year and reestablishing it is another positive step – but again, a step that could take years to actually address threats to the electric grid in a concrete way.

The problem is, we need action now. If there was a nationwide power outage due to a cyber-attack, GMD, EMP or any other cause, we are not ready and we have no plan. We won’t be ready a month from now or two years from now.

Even if comprehensive legislation to protect and harden the grid was passed today, it could take years for adequate protection to actually happen. The rule making process is complex and time consuming. The thousands of companies that comprise “the grid” aren’t going to be able to immediately press a button and give us a hardened grid – meaningful action to address threats to the electric grid will take time – perhaps years. And, there is no such comprehensive legislation currently pending anyway.

So notwithstanding the above positive developments, what we have today is a country that is still vulnerable to existential threats that would kill millions of Americans.

The sense of Congress: failed bipartisan efforts to address threats to the electric grid

I’d like to highlight a few of the current bipartisan efforts – both House and Senate – which have keyed into this issue and, to their credit, tried to protect us. (For a comprehensive study of documents, click here.)

• Senator Ron Johnson (R-WI), chairman of the Senate Homeland Security and Governmental Affairs Committee has been vocal about threats to the electric grid [http://www.washingtonexaminer.com/top-senator-electric-grid-at-risk-of-attack-would-disrupt-our-way-of-life/article/2635772].

These are just a few recent examples – I can show you (click here) two decades of other examples. It is clear that there is bipartisan agreement and concern about the threats to the electric grid.

So what’s the problem in getting grid protecting legislation passed? Good question and I wish I had an easy answer. For some reason, a top-down solution from Congress has been elusive.

Perhaps we need a bottom-up solution

Let me go back to a bipartisan effort in 2012. This was, in my opinion, the most important piece of failed legislation – and it was only a resolution – not even a proposed law. Maybe best way of addressing threats to the electric grid isn’t a top-down approach. If for whatever reason, Congress can’t do that (and for two decades they have tried), perhaps there is another way: from the bottom-up.

If individuals and communities were more resilient, the threats to the electric grid can be mitigated. In other words, the reason that millions of people will die if the grid goes down for a long period of time is because we are not ready. We are not resilient. We are 100% dependent on the electric grid for everything that makes life possible – food, water, fuel, transportation, medical systems, etc.

What if we made communities in America more resilient? What if communities across America were thinking about and planning for survival in a worst case scenario? Believe it or not, there is a lot that a community can do to prepare and mitigate – even if we can’t depend on the federal or state government to save us. 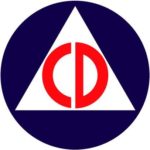 A bipartisan group in the 112th Congress thought of this. On August 2, 2012 Rep. Roscoe Bartlett (R-MD) along with Rep. Trent Franks (R-AZ), Rep. Yvette Clarke (D-NY) and Rep. Hank Johnson Jr. (D-GA) introduced H. Res. 762: Expressing the sense of the House of Representatives regarding community-based civil defense and power generation.

This resolution, if passed, would have told communities across America that they need to be prepared to be on their own for a long period of time without outside help in the event of a “nationwide collapse of critical infrastructure that could last months or longer.” It further:

(1) encourages every community to develop its own “civil defense program” working with citizens, leaders, and institutions ranging from local fire halls, schools, and faith-based organizations, to create sustainable local infrastructure and planning capacity so that it might mitigate high-impact scenarios and be better prepared to survive and recover from these worst-case disaster scenarios and be better able to affordably and sustainably meet the needs of the community in times of peace and tranquility;

(3) encourages each local community to foster the capability of providing at least 20 percent of its own critical needs such as local power generation, food, and water, while protecting local infrastructure whenever possible from the threats that threaten centralized infrastructure, and do so with the urgency and importance inherent in an all-of-nation civil defense program developed by citizens and their local communities; and

(4) encourages State governments and Federal agencies to support the ability of local communities to become stronger, self-reliant, and better able to assist neighboring communities in times of great need.

The reason that this is such an important resolution is that we can’t wait years for a top-down solution that may or may not ever come. (After two decades of Congressional failure to protect the electric grid many of us have our doubts.) Unfortunately, H. Res. 762 was never acted upon and is now buried in the annals of failed legislation. Few people even know that it exists.

We can start protecting our communities now. A Congressional resolution like H. Res. 762 would wake many communities up to the facts. Presently, most, if not all, communities, towns and cities across America believe that if something bad happens, somebody (e.g., the federal or state government) will come and rescue them. The fact is, in a national scale disaster, communities will be on their own. The cavalry will not be coming.

Emergency preparedness begins with individuals and families – then communities, towns and cities. We can no longer sit idly by while Congress sits idly by.

Congress: if you want to protect America against threats to the electric grid, let’s start from the bottom-up. Reintroduce, and pass, a Congressional resolution “expressing the sense of [Congress] regarding community-based civil defense and power generation.”