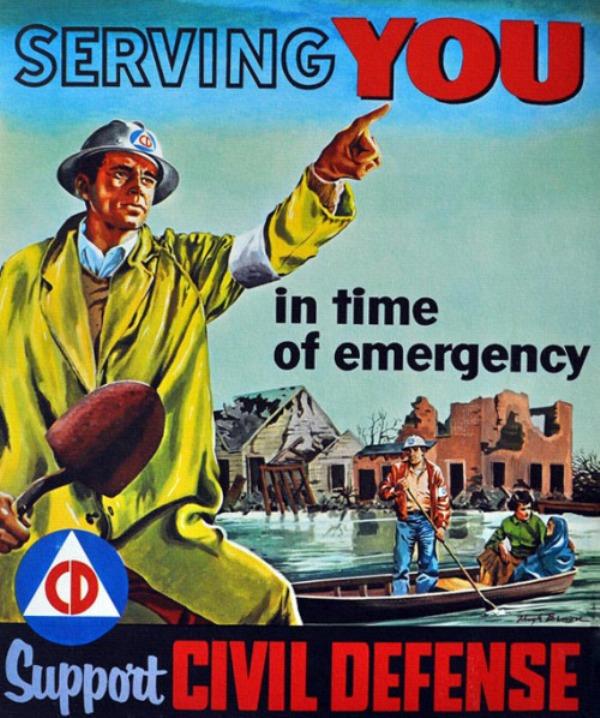 We all want resilient and prepared communities

It would seem that we all want the same thing: resilient and prepared communities.

Resilient and prepared communities must think outside the two “boxes” 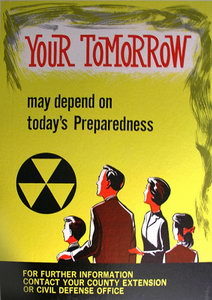 The challenge facing both emergency managers and citizens in working towards building more resilient and prepared communities is getting people to “think outside the box.” Here are a couple of common boxes:

The common theme here is that we need to get citizens and emergency managers to think about and plan for scenarios where help is not on the way for a long period of time. It is literally the same box – just different perspectives.

The question is the same: What if there was a national-scale disaster, such as the loss of the electric grid? In that scenario:

How would we fare? What would our challenges be initially? After 1 week? After a month? In six months?

Here is a table-top exercise scenario you can adapt as a starting point. What if you have a meeting with your major partners from within your jurisdiction and get the conversation going? If you have a CERT team, invite some members to participate. If not, find a few interested citizens.

Some responses we need to overcome

In talking with many citizens over the years, I am constantly shocked at how few people realize the vulnerabilities of the critical infrastructures and the effects a prolonged loss of the electric grid could have. I have heard people say: “well, I don’t think ‘they’ would ever let that happen.” (I’m not sure who ‘they’ are, but I have less confidence that ‘they’ have the ability to prevent a national-scale disaster from happening!)

I also talk with emergency managers. I was talking with an emergency manager a while back about such a worst case scenario (national scale grid outage) and I was very surprised by his response: “there is no way to prepare for something like that.” The impression I got in the context of the conversation is that he felt it was not worth planning for something so patently horrible – better to hope it just doesn’t happen.

Both of these “boxes” are dangerous – and untrue. 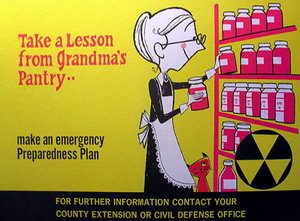 We need to educate citizens that it is possible that what they have may be all they have for weeks or months. They need to be informed of the very real threats facing the country such as a cyber-attack, solar flare, EMP, natural disaster or man-made attack on the electric grid. And citizens need to know that, in such an event, nobody is coming to rescue them.

We also need emergency managers to think outside of the traditional EM structure above their level and plan for scenarios where no outside resources are available. And emergency managers need to know that, in such an event, nobody is coming to rescue their town – they own the mess.

If you are an emergency manager wondering where to find such citizens who might be interested in helping to get a civil defense organization off the ground, look to a few sources: a CERT team if you have one (citizens who have already sipped the emergency preparedness Kool Aid). Also do not discount “preppers.” They know a lot about survival subjects. Many are very willing to share the knowledge and get involved. Many may know others in the area that have the same interests. Let’s dispel a few common myths.

So, honestly, many emergency managers are “preppers” but just don’t realize it. If we could get a group together of emergency management professionals and citizens who have a great interest and vast knowledge in individual and family preparedness, imagine what we could achieve on a  local level.

There is a great deal that we can do ahead of time to build resilient and prepared communities. Challenging? Yes. Impossible? No. Planning now can greatly mitigate the loss of life. But it takes a village.

A non-profit civil defense organization in your community is a resource multiplier. This is the message I am trying to get out to emergency managers, communities and anyone who will listen. 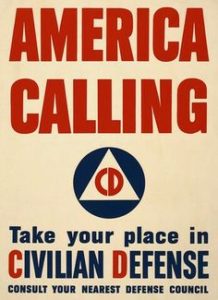 It is great to see a national conversation on civil defense starting. I have heard from citizens as well as emergency managers and it seems we all want the same thing: resilient and prepared communities. As the old concept of “civil defense” morphed over the years into “emergency management” it seems we lost a vital component: organizing and training civilians to play key roles in a community’s survival – and to be a resource multiplier for emergency managers.

I applaud Civil Defense Virginia and any citizens and emergency managers who are working towards this goal.