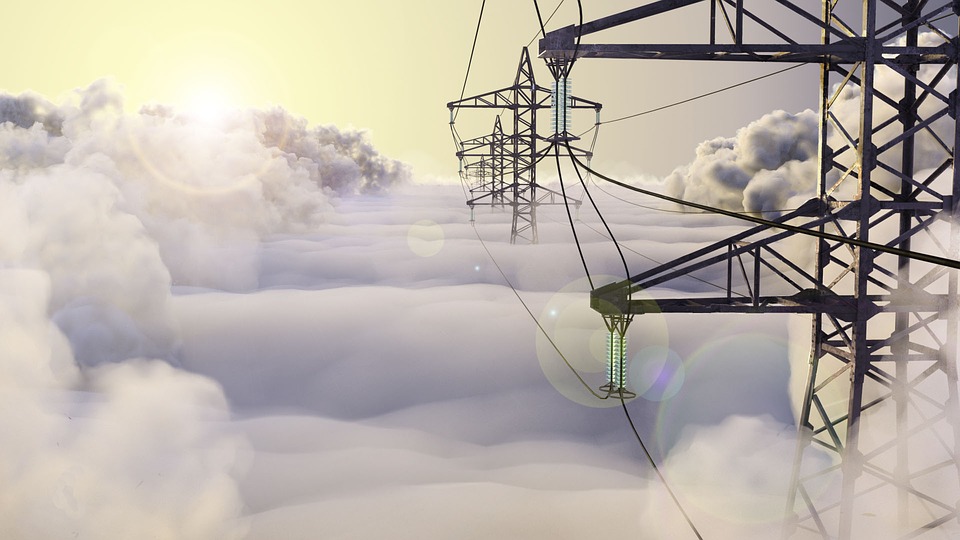 On March 26 2019, President Trump issued Executive Order 13865. The electric industry instantly praised the order. Or did they?

After two decades of inaction and what Senator Ron Johnson calls “admiring the problem” by administrations both red and blue, finally, the President has taken action. Executive Order 13865 begins to put some of the recommendations of the EMP Commission in place.

“How an EMP may impact critical infrastructure is an extremely complex issue that cannot be solved with a one-size-fits-all solution,” Aaronson said. He added that “sound policy should be informed by sound science,” pointing to EPRI’s upcoming report, which is expected to include recommendations for “mitigation approaches and investments.”

Did this dude actually just say “sound science” in reference to EPRI? That throws up some serious red flags.

First of all, just who are the Edison Electric Institute (EEI) and the Electric Power Research Institute (EPRI)?

The Edison Electric Institute (EEI) and the Electric Power Research Institute (EPRI) sound like legitimate research institutions. but caveat emptor. In their own words:

The Edison Electric Institute (EEI) is the association that represents all U.S. investor-owned electric companies. Our members provide electricity for about 220 million Americans, and operate in all 50 states and the District of Columbia. As a whole, the electric power industry supports more than 7 million jobs in communities across the United States. In addition to our U.S. members, EEI has more than 65 international electric companies with operations in more than 90 countries, as International Members, and hundreds of industry suppliers and related organizations as Associate Members.

In other words, EEI is an electric industry lobbying group!

The Electric Power Research Institute (EPRI) conducts research, development, and demonstration projects for the benefit of the public in the United States and internationally. As an independent, nonprofit organization for public interest energy and environmental research, we focus on electricity generation, delivery, and use in collaboration with the electricity sector, its stakeholders and others to enhance the quality of life by making electric power safe, reliable, affordable, and environmentally responsible.

Hmmm. This sounds legit! That is, until you dig deeper. Who are the members of EPRI and is it really “independent”?

EPRI has collaborated with the electricity sector and its stakeholders since 1972 and our membership has grown to represent approximately 90% of the electric utility revenue generated in the United States and extends to participation in more than 35 countries. The worldwide membership that supports our work comprises more than 1,000 organizations. While most members are electric utilities, others are businesses, government agencies, regulators and public or private entities engaged in some aspect of the generation, delivery, or use of electricity.

The by-laws of EPRI provide that members pay for their membership – nothing wrong with that, but remember that, according to EPRI, “most members are electric utilities.” So a good hunk of EPRI’s funding comes from – you guessed it – the electric industry.

In other words, EPRI is an electric industry lobbying group!

For years EPRI and EEI have been proponents of “further study” when it comes to electromagnetic pulse (EMP) and geomagnetic disturbance (GMD). This is what Senator Johnson refers to as “admiring this problem.” It has become more and more clear over the years that EPRI and EEI have been stumbling blocks to action on EMP and GMD.

So what is the electric industry up to?

The electric industry “applauded the order.” Why do I think this is bull? On May 20, 2016 – three years ago – the electric industry told Congress they were taking action. UtilityDive reported: “Power sector preparing for EMP attack among grid risks, EEI official tells Senate.” The testimony was from – you guessed it – Scott Aaronson from the Edison Electric Institute. What has the electric industry accomplished on EMP since 2016?

In 2016, the Electric Power Research Institute (EPRI), which is funded by the electric power industry, published an erroneous report that significantly underestimates the nuclear E3 EMP threat to electric grids. EPRI and others have used the report to lobby against Federal and State initiatives to protect the electric grid against nuclear EMP attack.

In fact, in the Chairman’s Report, Dr. Graham gets quite specific about the inadequacy – and misleading nature – of EPRI’s report:

The EMP Commission says that the EPRI report underestimates the EMP E3 strength by a factor of 3. For more technical details, see the Commission’s report: “Recommended E3 HEMP Heave Electric Field Waveform for the Critical Infrastructures.”

I rest my case.

The Electric Industry Downplays The EMP and GMD Threat

I think it is probable that the electric utility industry’s “EMP Alamo” is going to be EPRI’s upcoming report (due out in April). I would note that Mr. Aaronson’s comments on Executive Order 13865 are exactly the same things that he said at the February 14, 2019 Senate hearing (read about it here). In fact, his “sound policy should be informed by sound science” comment is a verbatim repeat of his testimony – literally the industry talking point.

The electric utility industry is going to continue to say we need more study, pointing to EPRI’s report as its “evidence.” And I’m quite sure that EPRI’s report is going to (again) downplay the threat as their work has in the past (e.g., “EPRI Research Finds Limited Impact to Transformers from E3 Electromagnetic Pulse” – which is directly contradicted and rebutted by the EMP Commission Reports).

Dr. George Baker confirmed in his testimony on February 14, 2019 that in addition to delaying any action, EPRI has been “low-balling” the EMP and GMD problem. According to Dr. George Baker’s testimony:

There is no need to recalculate a standard EMP waveform. Note that current EPRI grid vulnerability assessment models are using low-bound recalculated E3 waveforms. Existing IEC and EMPC EMP waveforms are more than adequate. Use of the unclassified MIL-STD-188-125 test regimen will assure power grid survivability to both EMP and 100-year solar storms.

Why Hasn’t The Government Acted To Secure The Grid?

According to The Center for Responsive Politics, the electric utilities in 2018:

Where did all this money come from? Your electric bill. Congratulations. You are paying to lobby against your family’s safety.

So did the electric industry really just applaud the President’s Executive Order 13865?

No, what you just witnessed was the electric industry flipping a passive-aggressive bird to the President and the American people.