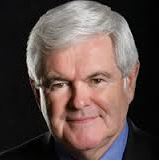 Newt Gingrich told Fox’s Chris Wallace that he would have disabled North Korea’s missile before it could have launched and the threat of an electromagnetic pulse (EMP) attack changes every equation. “There are three or four techniques that could have been used, from unconventional forces to standoff capabilities, to say: ‘We’re not going to tolerate a North Korean missile launch, period.’ I mean, the world’s either got to decide that North Korea is utterly dangerous — I’d recommend, look at electromagnetic pulse, which changes every equation about how risky these weapons are,” explained Gingrich.