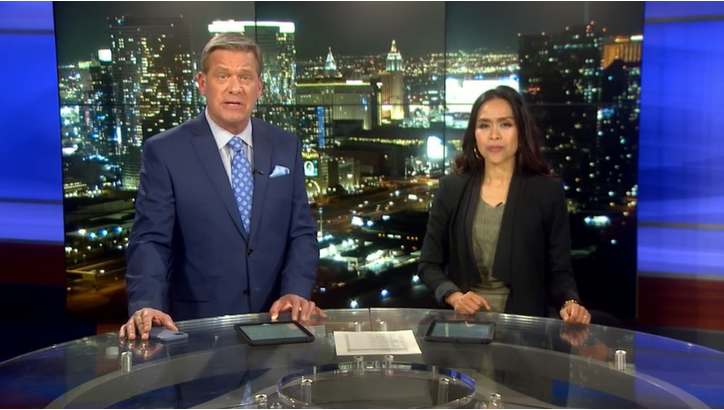 (If the video frame above does not work, Click HERE)

LAS VEGAS (KSNV) — The whole concept of an electromagnetic pulse sounds like science fiction, but they are very real.

There are two potential sources for an EMP: the deliberate detonation of a nuclear device in the atmosphere above the earth, or a massive solar flare.

The consequences of either could range from a few days without power to life-changing.

This is video from a NASA space probe back in 2012.

It shows A massive solar flare, something called a “coronal mass ejection”. It hurled trillions of tons of highly-charged solar plasma into space. How fast? Nearly seven million miles an hour.

This was its relation to earth: our planet would have taken a direct hit had we been nine or ten days farther along in our orbit around the sun.

Fortunately, these don’t happen very often, but UNLV Physics Professor Michael Pravica, says a direct hit to the earth would quickly get dicey.

“The moving charged accelerated particles from the sun, coming into the ionosphere, coming into the magnetosphere of the earth, essentially will create a lot of unpredictable events,” Pravica.

Unpredictable, like a beautiful aurora that might be seen as far south as the Caribbean, but perhaps devastating to most electronics.

“These can basically be damaged by high voltages that would be induced by these electromagnetic pulses. So, anything that runs on solid-state electronics, which is just about everything. ATM machines, computers would be kind of fried. Literally fried,” Pravica said.

And because a similar electromagnetic pulse can be caused by a nuclear detonation in the atmosphere over the U.S. by a rogue nation, EMPs are firmly on the federal government’s radar because of tensions with countries like North Korea and Iran.

President Trump signed an executive order in March of 2019 calling on the U.S. departments of Defense, Homeland Security and Energy to develop ways to make the U.S. more resilient to an EMP, a threat with the potential to knock out electricity over wide regions of the nation for extended periods of time.

Here in the western US, our neighbors in Wyoming have begun that work on a state level.

Shahzad Lateef, vice president of transmission with NV Energy says there would likely be power outages across the electrical grid caused by an EMP, but NV Energy and its partners in the western U.S. are working hard to shield equipment to minimize the damage and length of outages.

“Every piece from the meters, every piece of equipment is being assessed on what the impact can be, and then we determine how we can protect our assets from that and, where we cannot protect, how quickly we can replace it,” Lateef said. “Nevada is in very good shape, but it’s the entire interconnected grid that matters.”

Lateef says Nevadans should also think about preparations like what you’d need to do during a prolonged power outage until repairs are made and your high-tech life returns to normal.

Lateef said, “Every element, every technology that you use, you have to be prepared on your contingency plan that if that technology does not exist, how would you communicate?”

A statement from the state says, in part:

The Nevada Department of Public Safety, Division of Emergency Management and Office of Homeland Security continuously work in collaboration with federal, local and tribal partners regarding potential threats and regularly hold training for emergency preparedness and response.

For Government Reports on the EMP Threat, CLICK HERE.