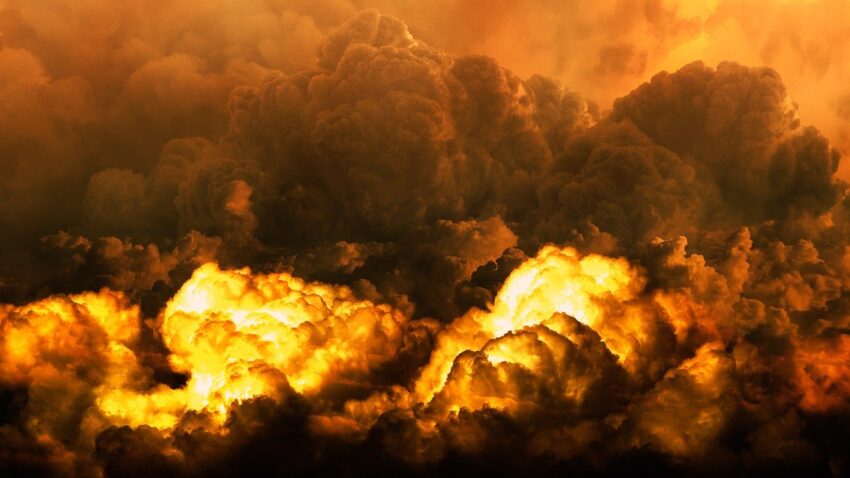 Kelsey Atherton in “Electromagnetic Pulses Are The Last Thing You Need to Worry About in a Nuclear Explosion” (Foreign Policy July 21, 2020) describes my Task Force on National and Homeland Security (a congressional advisory board) as among the culprits exaggerating the threat from EMP, dismissed by Atherton as “one of America’s weirdest strategic obsessions.”

Unfortunately and irresponsibly, Foreign Policy has not published my rebuttal to Atherton’s erroneous article, allowing their readers to be misinformed.

High-altitude electromagnetic pulse (HEMP) is generated by a nuclear weapon detonated exo-atmospherically, at an altitude of 30-400 kilometers.  No blast or fire or radioactive fallout from a nuclear explosion in the vacuum of outer space reaches the surface of the Earth, only the HEMP.  A single nuclear weapon can generate a HEMP field covering much of North America that would blackout electric grids and other life-sustaining critical infrastructures, paralyze unprotected military forces, and blind radar and satellite National Technical Means needed to identify the attacker.

Atherton does not appear to understand the basic physics of HEMP attack.  HEMP does not produce blast, or thermal effects, or radioactive fallout as happens when a nuclear weapon is surface burst or detonated in the atmosphere—which is why nuclear HEMP attack as a matter of science and strategy is in a category all by itself.

The obvious strategic advantages and threat from a nuclear HEMP attack have worried the Pentagon for decades, and are a growing concern given the emergence of new technologies like nuclear Super-EMP weapons and increasingly powerful Non-Nuclear EMP weapons in the hands of Russia, China, North Korea, and potentially Iran.

Since 1963, every Democrat and Republican administration and Congress has rightly supported Defense Department programs investing billions of dollars to protect U.S. strategic forces and C3I from the paralyzing effects of EMP attack.  Yet, contrary to Atherton, the national electric grid and other life-sustaining critical infrastructures, including those vital to military power projection, have never been protected.

Atherton makes no mention of the bipartisan Congressional EMP Commission, the bipartisan Congressional Strategic Posture Commission, or the USAF Electromagnetic Defense Task Force, comprising the nation’s foremost experts on EMP, nuclear weapons and strategy.  All   independently warn that potential adversaries, including terrorists, could use one or a few nuclear weapons to make an EMP attack that would blackout the national electric grid and other life-sustaining critical infrastructures, bringing America to its knees.

Atherton appears unaware of, or conceals from his readers, the below official assessments of the EMP threat, by expert congressional commissions with access to classified information, and by the White House EMP Executive Order, representing the coordinated view of all relevant U.S. Government departments and agencies:

The EMP Commission warns an EMP attack could kill millions of Americans, up to 90% of the population, from starvation, disease, and societal collapse.  And the EMP attack could be executed anonymously, by satellite or launched from a freighter or even using a balloon—so the U.S. would not know against whom to retaliate.

Atherton’s dismissal of the EMP threat relies chiefly on a 1983 New York Times article by Richard Garwin, who Atherton misinterprets or misrepresents.

In fact, Garwin’s article does not dismiss the EMP threat, but highlights the importance of Defense Department programs protecting U.S. nuclear retaliatory capabilities from EMP during the Cold War.  The EMP Commission warns that the EMP hardening programs, described in Garwin’s article, fell into neglect after the Cold War.

Garwin’s article was written during the Cold War, when the chief scenario was a massive nuclear exchange between the U.S. and USSR;  before the advent of nuclear Super-EMP weapons and modern Non-Nuclear EMP weapons; and before the nuclearization of North Korea, possibly Iran and nuclear terrorists, who might perform an EMP attack to get “the biggest bang for the buck.”  Or as the EMP Commission phrased it: “Therefore, terrorists or state actors that possess relatively unsophisticated missiles armed with nuclear weapons may well calculate that, instead of destroying a city or military base, they may obtain the greatest political-military utility from one or a few such weapons by using them—or threatening their use—in an EMP attack.”

Atherton ignores, or is unaware of, Richard Garwin’s testimony to the Senate Committee on Homeland Security on July 22, 2015, advocating protection of the national electric grid from natural (solar storm generated) and nuclear EMP.

Atherton describes as “laughable” that adversaries could or would make a nuclear EMP attack using one or a few weapons, instead of making a large-scale nuclear attack that blasts U.S. cities.  But Atherton is obviously unfamiliar with the military doctrines of Russia, China, North Korea, and Iran that describe doing exactly what Atherton denies, making nuclear EMP attacks as a dimension of Information Warfare, Cyber Warfare, and Electronic Warfare. (See the EMP Commission report Nuclear EMP Attack Scenarios and Combined-Arms Cyber Warfare July 2017.)

Atherton appears ignorant of Non-Nuclear EMP weapons, like the USAF CHAMP, that are widely available now, even to terrorists, that could be used to inflict a nationwide blackout.

Atherton appears ignorant of the natural EMP threat from the Sun.  A solar superstorm, like the 1859 Carrington Event, is inevitable, likelihood estimated by NASA to be 12% per decade, which could blackout electric grids and life-sustaining critical infrastructures worldwide, putting at risk the lives of billions.

It is disappointing that Foreign Policy would publish an article on EMP by someone as ignorant as Atherton, whose views are contradicted by real experts such as Dr. William Graham, Dr. James Schlesinger, and Dr. William Perry.

Graham served as Chairman of the EMP Commission, was on the defense science team that discovered the nuclear EMP phenomenon after the 1962 STARFISH PRIME high-altitude nuclear test, worked on protecting U.S. military systems from EMP since 1963, was President Reagan’s White House Science Advisor and ran NASA.  Schlesinger and Perry Co-Chaired the Strategic Posture Commission, that warned a nuclear EMP attack by rogue states or terrorists is a real possibility that needs to be addressed urgently.  Schlesinger was former Secretary of Defense and Director of CIA.  Perry was President Clinton’s Secretary of Defense.

Atherton’s article is replete with basic errors of fact parading ignorance of EMP:

Atherton wrongly implies that EMP is the “obsession” of individuals and small unofficial groups, ignoring the work of the Congressional EMP Commission, the Congressional Strategic Posture Commission, and the USAF Electromagnetic Defense Task Force that all contradict Atherton’s absurd assertion that EMPs “are the last thing you need to worry about in a nuclear explosion.”  These official groups, funded by the Defense Department with access to classified information and the best expertise on nuclear weapons and their effects, all agree that the first, most likely, and perhaps only necessary nuclear attack on the U.S., its overseas forces and allies, might be an EMP.

Atherton is a classic example of an “instant EMP expert” who knows nothing about EMP but unwisely offers uninformed opinions to the public anyway, akin to a medical quack peddling fake cures and false hope to cancer victims.  Contrary to non-expert Atherton, EMP is a very real threat that could kill millions of Americans.

For the real story about EMP, see the unclassified EMP Commission reports at www.firstempcommission.org

Dr. Peter Vincent Pry is Executive Director of the EMP Task Force on National and Homeland Security, a nonprofit congressional advisory board, served as Chief of Staff of the Congressional EMP Commission, and on the staffs of the Congressional Strategic Posture Commission, the House Armed Services Committee, and the CIA.  He is author of many books on EMP and nuclear strategy including “Will America Be Protected?” (2020) and “The Power And The Light” (2020).