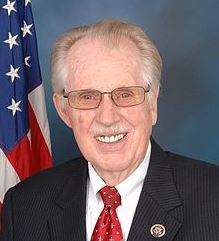 On May 22, 1998, President Bill Clinton issued Presidential Decision Directive/NSC-63. The subject of the directive was “Critical Infrastructure Protection.” The directive’s goals were:

No later than the year 2000, the United States shall have achieved an initial operating capability and no later than five years from today the United States shall have achieved and shall maintain the ability to protect the nation’s critical infrastructures from intentional acts that would significantly diminish the abilities of:

Any interruptions or manipulations of these critical functions must be brief, infrequent, manageable, geographically isolated and minimally detrimental to the welfare of the United States.

Since that time, there have been reams of federal agency studies and congressional hearings and even reports of a Commission specifically chartered to study and report on the threats to our national infrastructure. (See all the hearings, reports and documents here) At this point, there can be no serious debate that our critical infrastructures, most notably our electric grid – which all of our critical infrastructures depend upon – are in danger from a variety of threats. Moreover, there can be no serious debate that a long term loss of our electric grid would result in a catastrophic loss of life in the U.S. And by “catastrophic” we do not measure in thousands. We measure in millions. We measure as double digit percentages of the entire U.S. population.

Let me repeat that: Millions of Americans will certainly die if we lose the electric grid for a long period of time.

Thank goodness our government had the foresight back in 1998 to identify and address this issue of critical national importance. In the next paragraph, let me recount our progress towards protecting the electric grid since 1998.

In what world is this acceptable? Through both red and blue Presidential Administrations, red and blue Congresses, our government has failed to take any meaningful action whatsoever to protect the electric grid – while knowing full-well the consequences of prolonged loss of our critical infrastructures. This is not about political parties – I note that both have failed us equally well on this issue. This is about the survival of your family and your community.

So what is to be done about it?

Ambassador Henry F. Cooper, Chairman of the Board of High Frontier, a non-profit, non-partisan educational corporation and the former Director of the Strategic Defense Initiative Organization (SDIO) says:

For my part, I remain skeptical that Washington will anytime soon overcome its dysfunctional lethargy and urge instead that state and local authorities undertake locally generated initiatives to harden the grid in their respective states.

And a few in Congress (a bipartisan group, I might add) have recommended that communities establish local civil defense plans and:

(1) encourages every community to develop its own “civil defense program” working with citizens, leaders, and institutions, ranging from local fire halls, schools, and faith-based organizations, to create sustainable local infrastructure and planning capacity, so that it might mitigate high-impact scenarios and be better prepared to survive and recover from these worst-case disaster scenarios and be better able to affordably and sustainably meet the needs of the community in times of peace and tranquility;

(3) encourages each local community to foster the capability of providing at least 20 percent of its own critical needs, such as local power generation, food, and water, while protecting local infrastructure whenever possible from the threats that threaten centralized infrastructure; and to do so with the urgency and importance inherent in an all-of-nation civil defense program developed by citizens and their local communities; and

(4) encourages state governments and federal agencies to support the ability of local communities to become stronger, self-reliant, and better able to assist neighboring communities in times of great need.

Unfortunately, even this common sense resolution (House Resolution 762 – 112th Congress) didn’t make it out of committee and we citizens are left to fend for ourselves.

So what can we do if the federal government consistently fails and refuses to protect us? We must protect ourselves and our communities. Here is what you can do if what you just read (i.e., that your family may die) concerns you. You can do any one – or all three of these things, but do something to protect your family and your community. The federal government will NOT be coming to save you.

2)     Tell your state legislature to look at what the State of Maine has done to protect their infrastructure and follow suit. The State of Maine is the only state thus far to take the matter into their own hands by passing LD 131.

3)     Don’t wait for the federal government to act – prepare your town in the manner described by House Resolution 762 – 112th Congress. Nobody is coming to help your town in a national catastrophe – your town will need to help itself.

If you don’t stand up for your family and your community, who will? Certainly not your federal government. They have proven that to us for at least the last 15 years.