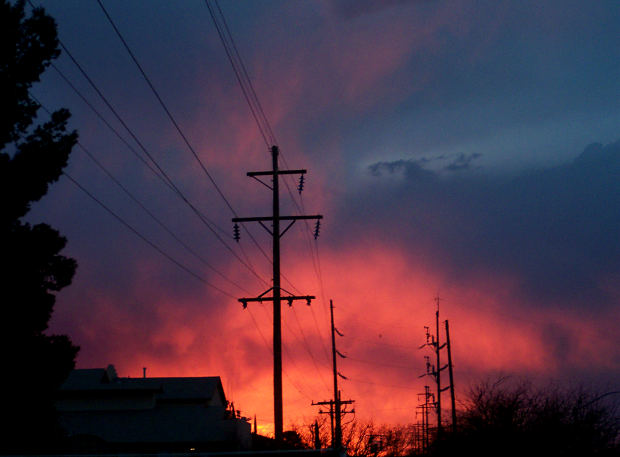 Civil Defense: Why We Need It 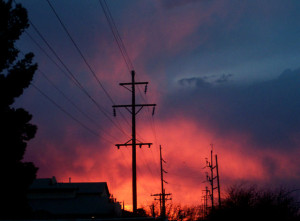 Everything depends on the electric grid. Food, water, fuel, sanitation, medical services, the economy and everything else that enables the United States to support its population of 314 million people. Without the grid, supporting this population would be impossible.  Any large scale power outage for any significant length of time (several weeks or more) would put millions of Americans at risk. In a long term national power outage, millions of Americans would die. We would die of starvation, disease and societal collapse. A danger of this magnitude threatens the security of the United States.

It is a fact that a long term power outage is possible – and the results of such an outage are predicable.  So there is a third fact to add to our list:

If you are at all skeptical, I encourage you to do your own research. Congress certainly has. There are reams of federal reports and congressional hearings that discuss the threats to the grid and the ramifications of a long-term power outage (click here for a comprehensive list of these documents).

I have not heard (nor can I imagine) any serious debate about the above three facts.

Despite the heroic efforts of a bi-partisan group in Congress, the U.S. has failed to pass any legislation to protect the electric grid since these vulnerabilities and dangers first started to come to light 15 years ago. There have been many bills introduced – all have failed so far. How is this possible? Well, let’s remember what “the grid” is. There are over 3000 electricity providers in the United States. And these companies and utilities make political contributions. As Judge Jeanine of Fox News recently reported:

There is one bill that can help us prevent this catastrophe and remedy our vulnerability. And make no mistake – it can be remedied.

And one person holds the keys to the kingdom. Congressman Fred Upton from Michigan is the chair of the House Energy Committee where these kind of laws are funneled. Bills that can protect us are bottled up in his committee.

Curiously though, almost 60 percent of Congressman Upton’s campaign contributions are from electric utilities, lobbyists, and oil and gas investors.

Of course the companies that comprise the electric grid don’t want government regulation.  They claim that the industry does not need congress to be involved – in other words they’ve got it (move along, there is nothing to see here.) For example, see this interview by the Wall Street Journal of Nick Akins, CEO of American Electric Power:

So, the utility companies do not see the need for the government to get involved. But somehow, we are still vulnerable. They have failed to take action themselves to harden the grid from known threats. “Self-regulation” by the industry has failed here.

Moreover, many politicians receive generous campaign contributions from these companies. Draw whatever inference you will, but the end result is that Congress has been unsuccessful for years in enacting legislation to protect the electric grid – and the American people.

So let’s review what we know.

Some in Congress get it

We still have some heroes in Congress such as Trent Franks (R-AZ), Yvette Clarke (D-NY) and the other members of the bi-partisan Congressional Electromagnetic Pulse (EMP) Caucus who have introduced the SHIELD Act and CIPA in the House. There are also Rep. Henry Waxman (D-CA) and Sen. Edward Markey (D-MA) who reintroduced the GRID Act into the House and Senate.

There are presently four bills pending in congress this session – three in the house and one in the Senate:

Two of these bills would actually attempt to harden the grid from the known threats (the SHIELD Act and the GRID Act). One bill would simply include the threat of EMP (electromagnetic pulse) events in national planning scenarios (CIPA).

There are two possible outcomes:

Even if legislation is passed this session, it would take years to actually harden the grid and actually be prepared on a national level for a long term power outage. The president’s ink on the bottom of the bill turning it into law does not immediately harden the grid. It could take years for regulations to be written, implemented and concrete results to take place. Remember, the utilities do not want to be regulated and will work vehemently to delay and soften any regulations that may come in the future from a new law. They are well organized. The same apparatus that opposed legislation for years will continue to resist. We can rest assured that the North American Electric Reliability Corporation (NERC), as the mouth piece of the electric industry, will work tirelessly to oppose, delay and soften regulations.

And that is the best case scenario! While we badly need this legislation in the interest of national security, it will not be an instant fix.

On the other hand, there is a strong possibility that legislation will not pass and America (and all of us) will remain at substantial risk to natural and man-made threats to the electric grid – threats that literally could kill us by the thousands and millions.

Does anybody think that the electric company is going to take care of you and your family if the grid gets taken down long term? Since the federal and state governments do not even drill for such a scenario (the purpose of the CIPA Act), we are unprepared as a nation to deal with a catastrophe of this magnitude.

The fatal flaw in our emergency management system is that it depends on the ability to bring in outside resources if the scope of the emergency overwhelms the local capabilities. The problem is, in a national scale emergency where a large part of the country is in trouble at the same time, where are the resources going to come from? Who’s going to deliver them?

This means that if the grid goes down for a long period of time, federal and state aid will not be coming any time soon to the tens of thousands of cities and towns across America. FEMA does not have a plan, or the capability, to helicopter in MREs, fuel, medicine and water to over 30,000 towns and cities (or even a fraction of that number).

Survival will be a local issue. The cavalry will not be coming.

So let’s add two final facts to our list:

This brings me to what I really want to say. We need legislation to protect the grid, but we also need our communities to be prepared, self-reliant and resilient.

We need a civil defense resolution from Congress

Perhaps my all-time favorite piece of failed legislation is House Resolution 762 (112th Congress).   It was one of the major inspirations for my book and I’ve written about it here on my website.

Communities need to be aware of the threat (which most are not) and work to be prepared and resilient. I would venture to guess that very few – if any – communities in the United States are prepared for a long term loss of our critical infrastructures.

A House Resolution that encourages communities to have a civil defense plan and to prepare for a worst case scenario is critical to those of us at the grass roots level who are trying to accomplish this. Presently, Emergency Managers across the country believe that outside resources will always be available to help “the disaster area.” Since we have never had a national-scale catastrophe, such as a long-term loss of the electric grid, nobody is planning for it. Nobody is prepared for it. Nobody is even thinking about it. The very strength of our present emergency management system is also a critical weakness: It only works when there are outside resources to call in. (I wrote about this here.)

We need a civil defense Congressional Resolution to get the attention of our local governments and local emergency managers that a national scale catastrophe is a realistic scenario and it is the local communities that will be holding the bag if the grid goes down long term. (They really need to think about putting some long term preparedness and resilience in that bag.)

Reintroducing and passing a resolution like the 112th Congress’ H. Res 762 is critical: While it won’t harden the grid, it will harden the country. Moreover, as communities start to think about how they can prepare for a long-term catastrophe, there is sure to be an outcry to Congress and the federal government to protect the grid so this never happens to begin with.

But if somehow it does happen, we need our communities to be prepared if America is to survive.