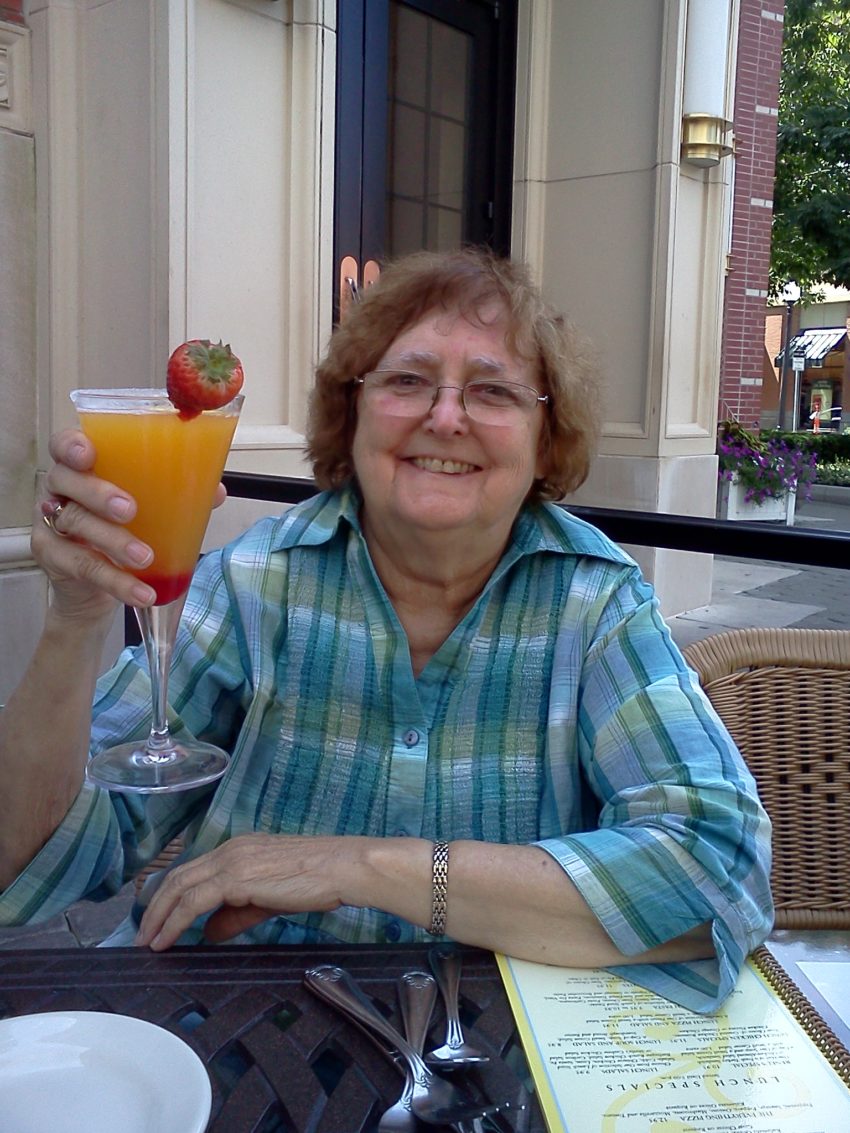 Where do we even start with such a wonderful life and a wonderful woman? Barbara Mabee (Balas), 84, entered Heaven on June 9, 2020 and hopefully found her husband Bruce who had been previously admitted in 1989. She left her three children, Michael, Bill and Anita to contend with six grandchildren: Chris, Sean, Alex, Time, Philip and Rosalynn as well as three great-grandchildren: Wyatt, Charley and John. (Thanks a lot, Mom – now we’ll have to pay for babysitters!) She also leaves those brave souls who chose to be the spouses and significant others of her clan: Sandy, China, Alex, Kate and Shelby. She also leaves friends everywhere – particularly her longtime friends Roz and Carroll and all her friends at the Windsor Jesters and St. Stephen’s Episcopal Church.

Barbara was born in 1935 and grew up in Virginia and Maryland during World War II. She delighted her family with stories of growing up during this time, saving tin cans to get in to the movies, and even seeing the civil war veterans sitting at the town green. She was an only child and always wished she had a big brother. Her daughter Anita would argue with her: “That’s because you never had one!” (Anita’s brothers, Mike and Bill, concede that Anita was probably right on this point.)

Barbara went on to College at American University where she majored in English and met her future husband Bruce before he shipped off to Korea with the U.S. Army. Family legend has it that dad saved mom in the college dorm from an unpleasant wannabe suitor. Both being writers, they corresponded while dad was in the Army and they married in 1959. Over the years, they lived in Japan, Silver Springs, Maryland, Beavercreek, Ohio and Bloomfield, Connecticut.

Oh yes, and every summer Barbara and Bruce packed the three kids into their little Saab and drove across country to visit relatives in Nevada, Florida, and friends along the way. How any of us kids survived to adulthood after those drives is a testament to our parents’ patience and saintly qualities. (We’re not saying that these trips inspired National Lampoon’s “Vacation” but you get the idea.)

Barbara was an accomplished writer, and for many years wrote a weekly column for the Beavercreek News: “Confessions of a Beavercreek Housewife,” later, “Confessions of an Honest Housewife.” At the time she wrote the columns, we were too young to read them. Now, basically we’re afraid to. But her writing had a great following in what was a great little town to grow up in. Barbara worked at Parkwood Elementary School in Beavercreek, Ohio and in Connecticut she worked at the Bloomfield Schools, Saint Joseph’s College and later at Aetna. She also loved her part time job at Sage-Allen (presumably because of the employee discount – Mom did love a discount).

Barbara also had a passion for theater. She was an accomplished actress, director, playwright, stage manager (and everything else) for many years with the Windsor Jesters. One of her favorite plays was Arsenic and Old Lace. She was quoted in the Journal Inquirer: “The play followed me through my life. My son, Bill, played one of the corpses when he was 14. The first time ever being on stage for me was when I played Aunt Martha in 1953 at Maryland Blair High School. I also played her on an army base in Japan when my late husband Bruce was with the Red Cross. I’ve appeared several times in this Windsor Jester show: twice as Aunt Abby and once as Aunt Martha, This time, I’m backstage overseeing props.” (Our family was always very suspicious when Mom tried to serve us elderberry wine.)

Although she was always of modest means, she gave to every charity that asked. She donated to animal charities, environmental charities, public radio, medical charities – if you were a 501(c)(3) she would write you a check. Her heart was much larger than her budget. She also loved her church – St. Stephen’s Episcopal Church in Bloomfield, CT. She sang in the choir, worked on the vestry and wrote the newsletter at various times – she absolutely adored all her fellow congregants.

Honestly, Mom, you were always amazing. You set such a great example and we are going to miss you every day.

Friends can gather on Tuesday, June 16, 11 a.m.-12 Noon, followed by a memorial service at 12 Noon, at the Carmon Windsor Funeral Home, 807 Bloomfield Ave., Windsor, to share funny stories, hopefully laugh, and pay their respects. Burial will be private. In lieu of flowers, please consider making a donation to the Connecticut Humane Society at www.cthumane.org or by mail at: 701 Russell Road Newington, CT 06111. (Mom would have liked that.)

For online condolences or view the service live or after June 16th at 12 Noon, please visit, www.carmonfuneralhome.com.