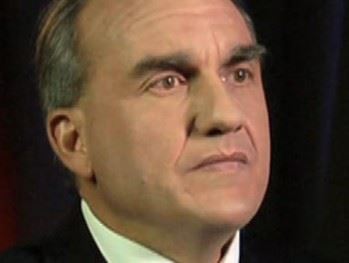 Any nuclear weapon detonated anywhere above 30 kilometers over the Eastern U.S. would cause a national catastrophe. You could use a meteorological balloon to get up that high. Last year an acrobat had himself lofted up into the stratosphere by balloon above 30 kilometers with a heavy sky-diving suit demonstrating that you can get heavy objects up to that altitude by balloon. We knew it before he did that. One of our concerns was that you could use a meteorological balloon to lift any kind of warhead up to that altitude, 30 kilometers or higher, and detonate the warhead anywhere over the United States – preferably someplace over the Eastern seaboard, because the Eastern Grid generates 70 percent of our electricity. And the country can’t survive without the Eastern Grid. If you take down the Eastern Grid, all the critical infrastructures are going to collapse.

One of the things that makes this so tragic is there’s really no excuse for the country to be vulnerable to EMP. We have known for decades how to protect military systems against EMP. And it’s far easier to protect the civilian grid. There are things like Faraday cages and surge arresters they could use. At the heart of the grid are EHV transformers, Extremely High Voltage transformers. They are to our civilization what the aqueducts were to the Romans. You can’t have a grid – you can’t have a modern society – without these EHV transformers.

They aren’t built in this country anymore. They were invented here by Nikolai Tesla. They were originally built here. We exported the electric grid to the world. But unfortunately, like so many things, we don’t make EHV transformers here anymore. There’s only two countries in the world that make EHV transformers for export: South Korea and Germany. And the worldwide production of EHV transformers is 180 per year – because the windings have to be done by hand, the old fashioned way, just the way Nikolai Tesla did it. And we have about 3,000 EHV transformers in this country. So it doesn’t take a genius to do the arithmetic that if you lose 1,000 EHV transformers, how many years will it take to replace them? And it doesn’t take a year for people to starve to death massively. This is why the Commission estimated that within a year, given our current state of unpreparedness, millions would starve.